Bill Lear: The Learjet and the 8-Track Audio Player

Most people have heard of the Learjet and the 8-track audio cassette, but few associate the two together. Bill Lear was the designer of the Lear Jet executive jet airplane, inventor of the 8-track stereo, and patented several car radios. He was a true pioneer, and visionary. VREF continues to value his products decades after they were first introduced and placed into service and countless others have dedicated their own career to maintaining, operating and piloting Bill’s inventions. Bill's vision was decades ahead of his time, and as you will read we owe much more then we realize to him. William Lear bought his first aircraft in 1931, and it was due to his own piloting challenges that he developed and engineered avionics products. Lear founded the Lear Avionics Inc in 1949 where he focused on autopilots and radio direction finders. He merged with the Siegler corporation in 1962 to become Lear Siegler Inc. William Lear used the capital he acquired from the Lear Siegler merger to develop Learjet and he relocated to Wichita Kansas and started Lear Jet Corp and built the Lear 23. Lear was forced out of the company due to financial issues and eventually sold to Gates rubber Co., which today is a division of Bombardier. The car culture of the United States spawned the notion of tapes as an alternative to popular records, conceived as a means to give the American driver the option of listening to the music of his or her choice while in transit and since the record or vinyl wasn’t very transport friendly, Lear saw an opening in the market that needed to be filled and one that would provide the clients of his Lear Jet an audio experience second to none. The 8-track format was developed by a diverse consortium that included the Ampex Magnetic Tape Company, Lear Jet Company and RCA Records, and it was launched to market by Ford Motor Company in 1965 where the 8-track was offered as an option in their complete line of 1966 model cars. So how did Bill Lear get involved with a tape deck? The story goes like this....Muntz Audio created the 4 track known as the Muntz Stereo Pak and it was riddled with problems, including noise and it could not be rewound (imagine that kids). According to Jack Graham, Bill Lear had loaned Muntz $50,000 after WWII. While Muntz eventually offered to pay back the loan, Bill wrote it off, but When Muntz developed the 4-track, Bill who had a great love of music, got involved out of passion. Bill went for a ride with Earl, and Earl showed Bill the endless loop 4-track. Bill took it home and made the 8-track, which has other uses other than playing the Bee Gee’s. The cartridge was used for a bunch of alarm and burglary systems until the late 80’s when it was phased out by CD-ROM. By July of 1966, the Stereo Division in Detroit was producing 1,000 units a day and cartridge volume was in excess of 700,000 units per month. Just as Bill pioneered the idea of a radio in cars which led to the founding of Motorola, Bill developed the idea of high-fidelity sound in the automobile. Now we could choose what we wanted to hear and when we wanted to hear it, the way the artists intended it to be heard, sound familiar? Bill sold his LearStar concept to Canadair (Another division of Bombardier and the division responsible for the Challengers, Global) in 1976 and while he was not involved beyond conception it did become the Challenger Business Jet. Bill Lear was dedicated to Aviation and his passion was felt through-out the industry until he passed from Leukemia at the age of 75. 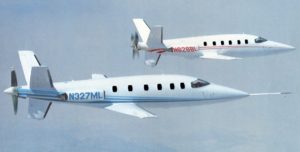 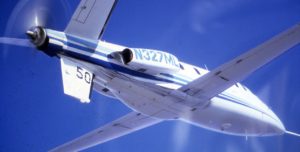 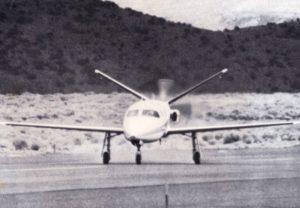