Skunk Works and the development of the SR-71

Skunk Works, is the "not so secret, secret" department of Lockheed Martin.It all Started with Kelly Johnson, and his passion for innovation and destructive technology. Johnson was unconventional, and he broke the rules. He created a incubator for aerospace technology that today some 75 years later still continues to amaze us all. Here is a little history about a famous project called the SR-71. Skunk Works is run by some of the greatest aeronautical engineers, and it was the birthplace of innovative aircraft projects for the U.S. Air Force and CIA. One of those projects was the SR-71 “Blackbird” long range reconnaissance aircraft. Famous for its distinctive shape, the Blackbird still holds the record for the highest speed and the highest flying altitude of an operational manned aircraft. The SR-71 had a unit cost of 18M, or roughly 154M in 2018 dollars. 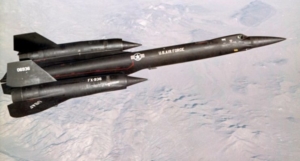 The SR-71 was a modded version of the earlier Lockheed A-12, a reconnaissance plane made in the early 1960’s that replaced the U-2 spy plane. During the Cold War, both SR-71s and A-12s were important tools for the CIA’s effort to obtain important Intel from rival countries. The value of these aircraft was huge as their performance made them impossible to intercept in air or shoot down from the ground. The SR-71 flew until the end of 1960’s, the A-12’s until the end of Cold War.

In the shadow of these two projects, however, was a top-secret Skunk Works project: the largest ever interceptor made on the same platform as the “Blackbird;” the YF-12. In 1950’s air defense doctrine, fast interceptor aircraft were used to fight off potential Soviet bomber attacks. Despite the significance of their role in the defense system, interceptor development was slow. An entire generation of interceptors from the 1950’s became obsolete once the Soviets started to build supersonic tactical bombers. An attempt was made to build the F-108 Rapier, an interceptor that could match the Soviet threat, but it was literally scrapped. 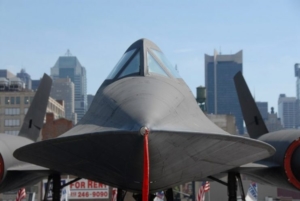 Air Defense Command needed to build an interceptor fast enough to ward off the Soviet bombers, one capable of intercepting the threat before it could reach the United States. The answer to that problem was given by the chief of the Skunk Works, Clarence Leonard “Kelly” Johnson. What Johnson proposed to the Air Force was a redesign of the A-12, adding missiles and a radar-guided firing system. The result would be an interceptor that could exceed Mach 3 speed and have greater locating capabilities than any previous interceptors. Johnson believed that a fleet of 93 such aircraft would be sufficient to protect North America from most expected Soviet threats. The proposed design would not only be better, but also be a giant leap forward in the development of interceptor aircraft. The first YF-12A flew on 7 August 1963. President Lyndon B. Johnson announced the existence of the aircraft on 24 February 1964. The YF-12A was announced in part to continue hiding the A-12, its still-secret ancestor; any sightings of CIA/Air Force A-12s based at Area 51 in Nevada could be attributed to the well-publicized Air Force YF-12As based at Edwards Air Force Base in California. On 14 May 1965, the Air Force placed a production order for 93 F-12Bs for its Air DefenseCommand (ADC). However, Secretary of Defense Robert McNamara would not release the funding for three consecutive years due to Vietnam War costs.Updated intelligence placed a lower priority on defense of the continental US, so the F-12B was deemed no longer needed. Then in January 1968, the F-12B program was officially ended.

Only three YF's were built and the F-12B was scrapped.